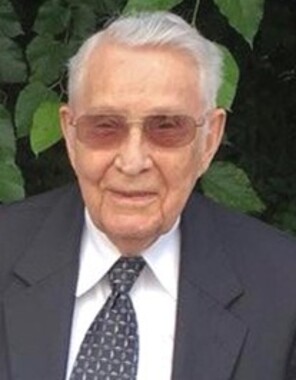 Back to Sam's story

Mr. Sam Sitton Jr. went to be with his heavenly father on Friday, December 6, 2019. He was surrounded by his family and a great deal of love. He is survived by his devoted wife of 73 years, Dorothy Boliek Sitton, sons and daughters-in law Allan and Tish Sitton and Larry and Diane Sitton, daughter and son-in-law Paul and Janet Johnson, grandson Mark Sitton, granddaughters and grandsons-in-law Regan Means, April and Nathan Karn, Nancy and Brandon Goble, and Katherine Johnson, and great-granddaughters Caitlyn and Samantha Karn. He was preceded in death by his parents, Samuel Oscar Sitton and Nettie Greeson Sitton, sister Frances Evelyn Sitton, and daughter Nancy Evelyn Sitton.
Sam was born in 1923 in Teloga, Georgia. As a youth he was fascinated by airplanes, and in 1943 joined the United States Air Force. He served as a P51 Mustang pilot in the 357th squadron, and saw active duty until the war's end in 1945. He was discharged in 1946, and retired from the USAF Reserves as a major. In 1946 he married Dorothy, the love of his life, and together they expanded their family to include two daughters and two sons. In 1963, they experienced the loss of their oldest child Nancy at the age of 15. Shortly after, Sam moved his family to Dalton where he remained with his family for the last fifty- six years. Sam worked as City Clerk in Summerville, as Office Manager at Dalton Utilities, and retired as Records Administrator at Coronet Carpets.
Those who knew Sam enjoyed his sense of honor as well as his sense of humor. They knew of his great love for music. He was an excellent pianist, playing hymns and sometimes big band tunes to entertain all. He had an almost uncanny ability to fix anything and shared his skill with all that needed help. He was meticulous to a fault, generous with all he had, and steadfast in his love for Christ, his earthly family, and his country.
Sam loved people and they loved him. Sam was a wonderful example of a good husband, father, neighbor, friend and simply a good person. He didn't just have his faith, he lived it- every single day. He exemplified love, loyalty and generosity. He served as trustee, Sunday School teacher and deacon at First Baptist Church, as an active member of the Lions Club for over fifty years, and as a member of the Civil Air Patrol. His personal service, however, extended well beyond this. He was one of God's servants, ready to give any and all to whomever crossed his path and was always ready to lend a helping hand.
He was awarded an Air Medal, Presidential Unit Citation, and other recognitions for his service during his 41 missions during WWII. He also received the Tom Bingham award and was named a Melvin Jones Fellow for his work within the Lions Club. Despite these and other honors, his greatest reward by far was the love and support of his church and his personal family. Friday he received the greatest gift of all; the opportunity to be with his Heavenly Father and family. His family gives thanks for a life well-lived and gratitude for the legacy of faith and love he left us all.
Services to celebrate the life of Mr. Sitton are set for Tuesday, December 10 at First Baptist Church. Visitation with the family will be held in the Atrium from 12:00-2:00 on Tuesday, December 10, followed by a service in the chapel at 2:00. Burial will be at the Summerville cemetery. In lieu of flowers, donations can be made to First Baptist Church of Dalton.
Love Funeral Home, 706-278-3313.
Published on December 8, 2019
To plant a tree in memory of Sam Sitton Jr., please visit Tribute Store.

Plant a tree in memory
of Sam

A place to share condolences and memories.
The guestbook expires on March 07, 2020.