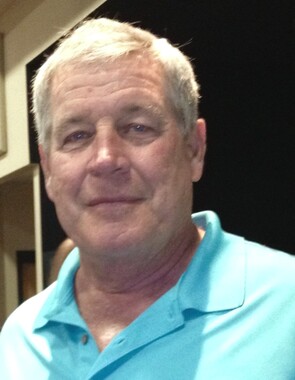 Back to Peter Anthony "Tony"'s story

It is with heavy hearts that the family of Peter Anthony "Tony" Plavich, 66 years old, announce the passing of their brother, friend, mentor, long-time area coach and educator on Friday, October 4th after several months of battling Pancreatic Cancer. Tony was 66 years old.
Tony, "Plav", or Coach as he was known to those who knew him was preceded in death by parents Lillie and Pete Plavich. He wrestled, played football in high school, continued football at Tennessee Tech. He married his college sweetheart Nancy Lynn Wilhite and they began their respective careers at Southeast High School where Tony coached wrestling and football. He transferred to Murray County High School to continue coaching both sports. A tragic accident in 1983 took the life of his wife Nancy. With the support of family and friends Tony dedicated his time to sports and became head football coach at Murray in 1984 and led the Indians to a record year with a 12-2 record. Tony was a fierce competitor, but it was his goal of motivating his players to always give 100% that stands out during his coaching career. Tony left Murray County High School and ended his teaching years at Northwest Elementary. His final years were perhaps his most memorable, and he loved every minute of his day.
Tony met Connie Sue Becker in 1984 and they married in 1985. She was the love of his life and he would tell all who would listen that it was her inner beauty that molded him to be a better person as time passed. Tony lost Connie in September of 2017 after 32 years of marriage and has lived with a broken heart since her passing. He is now no longer alone and is with her in heaven.
Tony was the oldest of five siblings and is survived by brothers Guy (Teresa), Eric, sisters Darcie, Mary Ellen McCanless (Kevin).Nephews Michael (Kari), Brendan (Amanda), Adam (Amanda), and Austin McCanless. Brother-in-law William Young and sister-in-law Barbara Boucher of Nashville, Tennessee.
His family will receive friends on Thursday, October 10th from 4pm to 8pm at Love Funeral Home.
In lieu of flowers please donate in his name to the AIM Center where Connie worked, and Tony spent many years helping Connie and individuals at the center. AIM Center, 472 West M.L.K. Blvd Chattanooga, TN 37402.
See Love Funeral Home for Full Obituary.
Published on October 8, 2019
To plant a tree in memory of Peter Anthony "Tony" Plavich, please visit Tribute Store.

Plant a tree in memory
of Peter Anthony "Tony"

A place to share condolences and memories.
The guestbook expires on January 06, 2020.

Restore this Guestbook to share a memory or message of condolence of your own.