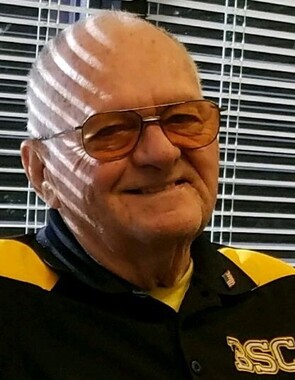 Back to John's story

JOHN HUNTER (Johny) BIDDLE was born October 5, 1935 in Birmingham, AL and died peacefully in his sleep on March 19, 2020 at Tranquility of Dalton from complications of dementia.
Johny was predeceased by his wife Shirley Jean Brooks Biddle, their infant daughter Shirley Hunter Biddle and son Dana Steven Biddle; and his parents John Lee Biddle, Jr. and Elizabeth Askew Biddle.
He is survived by his sons Jeffrey Hunter Biddle and wife Jan on Mesa, AZ and John Aubrey (Jay) Biddle and his wife Lisa of Calhoun, GA; granddaughter Aubrey Leigh Biddle of Temple, GA; grandson Britton Hunter Biddle of Ponte Vedra, FL. Also surviving are his sister Bettye Lee Biddle McCool; niece Kathye Adele McCool Hillis, her husband Phil and their adult children Austin and Kelsey; and nephew Carl McCool, all of Birmingham, AL.
Johny married Shirley in Birmingham in March 1954. Daughter Shirley died at birth in 1955. Son Jeff was born in 1957 and Dana in 1959. In 1960, after graduating Birmingham Southern College, Johny moved his family to Sweetwater, TN to coach and teach at Tennessee Military Institute for 9 years. Jay was born in 1961.
In 1968 the family moved to Dalton, GA where Johny taught, coached and worked as an entrepreneur as the boys grew up and graduated from Dalton High School. Dana's death in 1980 prompted Johny and Shirley to move to Niceville, FL through 2007 then on to Jasper, AL until 2012. At that time, they decided to move back to Dalton to live out their lives around longtime friends.
In 2017, due to declining health issues for both, they moved into Morningside of Dalton. In September 2019, Johny's dementia and physical conditions worsened to a point that he was moved into Memory Care at Tranquility of Dalton. Just a few days later his wife Shirley, whom he loved above all else for 65 years, passed away at Morningside. From that day, Johny's constant refrain to all his friends who visited him, to their "adopted daughter & dear friend" Alisa Galloway who was with Shirley extensively including when she passed, and to his two sons: "I only want to go be with Shirley". He is now happily there with her and God and two of their children.
Johny ("Coach", "Johny B.") was an unselfish person, a loving husband and father who "never met a stranger". He was a supportive and encouraging person and friend to all
he met . The positive impact he had on the young people he mentored, taught and coached and everyone else he met was profound in innumerable ways. He remained in contact with many of the friends and people in his life until the dementia made it difficult for him to communicate. Even so, he retained the love in his heart for all with whom their paths had crossed.
It was Johny's desire to be cremated. He will be interred with Shirley at the Dalton First United Methodist Church Columbarium. Due to the impact of the current pandemic, Jay and Jeff have decided there will be no church nor funeral service so as not to put Johny's friends and family at risk.
If anyone wants to memorialize Johny in some way, please donate to Alzheimer's Association (www.alz.org) or another Alzheimer's organization of your choosing.
Published on March 20, 2020
To send flowers to the family of John Hunter Biddle, please visit Tribute Store. 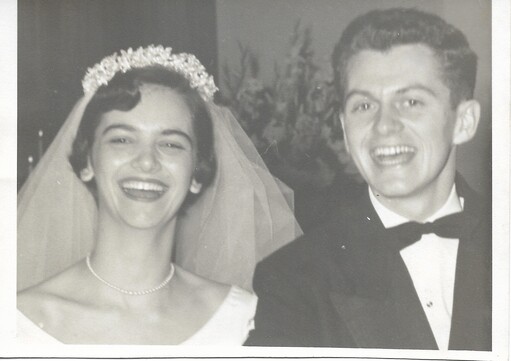 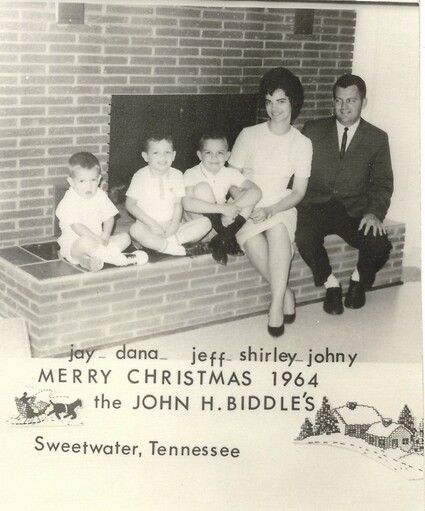 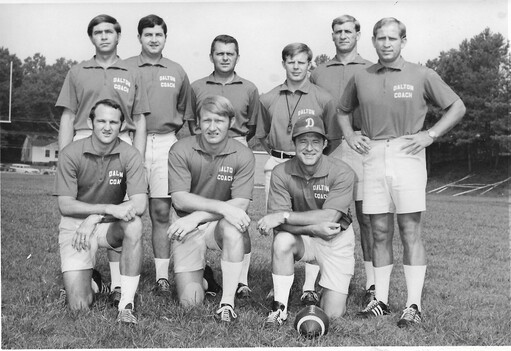 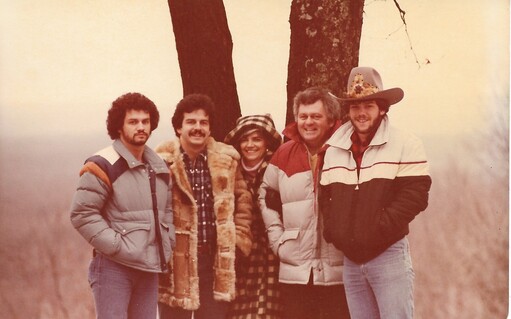 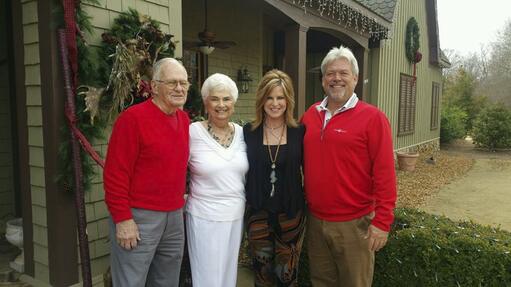 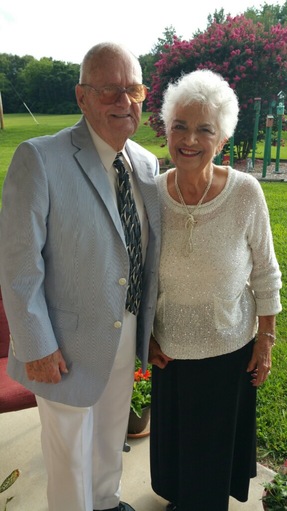 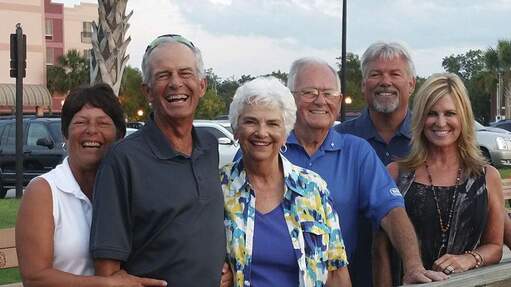 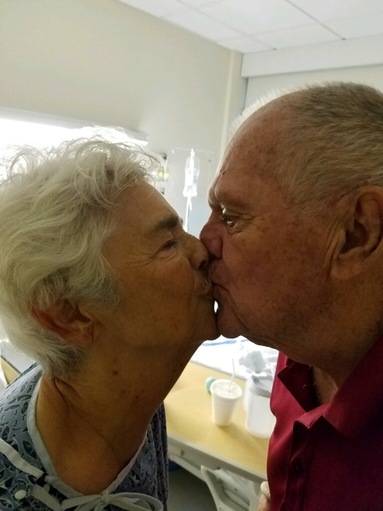 Send flowers
in memory of John

A place to share condolences and memories.
The guestbook expires on June 18, 2020.

Rob McCurry, class of 1962
Johnny Hunter (Capt Biddle) Was a cousin of mine but he did not cut me any slack. I played football and basketball for him and grew to love him. Laundry day was a dangerous day for the Biddle boys. I once threw a bag of laundry off the 3rd stoop and hit Dana. He was fine but it scared me . Capt Biddle told him to "Shake it off". He will be missed. I am sorry for your loss. Rob.
Duke Doubleday Class '62
Capt. Biddle was a terrific young coah, teacher & mentor to so many of us during his TMI tenure,H ewent on to become a very loyLal member of our Alumni gatherings & remained a good friend. He & Shirley were universaaly loved by us all. His oassing is a bleak reminder of our mortality & the precious nature of enduring friendships.
Ellis Lockwood
Who could ever forget Capt Biddle at TMI and his lovely wife Shirley? The lights of life always brightened wherever he went. Class guy.
Jim Nuttall
Oh wow due I remember Coach Biddle. He was such an inspiration and role model for me as a student at TMI. John and his wife were also my Sunday school teachers. I do not know how they did that with young children.
I have so many fond memories of John Biddle who was so dynamic and yet personable. God rest his soul as my Mother had Alzheimer’s also. He has joined Shirley in the great hereafter.
Mike Wood
With deepest sympathy, I first met Johny when he came to Dalton to be the head football coach at North Whitfield. I was still in college, and worked at the recreation center during the summers. Johny worked there that summer, and was in charge of the swimming program. I will always remember how upbeat and positive he was, and everyone liked being around him. I went on to become a teacher and a high school football coach, and that year I worked with him had an impact on how I learned to deal with people, and I am sure that he had the same impact on all the people that he came in contact with.
David A. Wood
I only got to know Johnny for the year 1960/1961 at TMI and I have only fond memories of him even though he gave me my last paddling my Senior year. I feel sure I deserved it.
Dan Thurmond class of 1966
God bless you, Coach Biddle and your family
John bryant
A wonder person who saved me at TMI. He knew I went awol but never turned me.God Bless and RIP.
Don Walker class of 1968
Coach Biddle was one of my favorite teachers, coaches and friends. I have wonderful memories for the 4 years at TMI. Love to all the family.
Dewey Boyd
Johny was my football coach at TMI. He treated me more like a friend than a coach. Looking back, he was only nine years older than me. But time was different at that age. Johny the handsome athlete and Shirley the beautiful southern lady. I called him when I found out he had moved back to Dalton. Shirley answered with that beautiful voice. She told me that she had been sick but she was so excited to hear from one of Johny's students. Johny was out but she had him call me back. We talked about football and had some good laughs. I wish I could call him again. Amen
Tim Whitfield
Jeff and Jay,
I will always remember your Dad as an outstanding mentor and coach. He genuinely cared about the kids when I was growing up. I will never forget him talking with me about my temper after a game. I deserved it and he had my best interest in mind. He did so in such a kind and caring way, I will never forget it. He was a great guy and wish I had crossed paths with him before his passing. I wish your families the best during these tough times and the loss.
View all 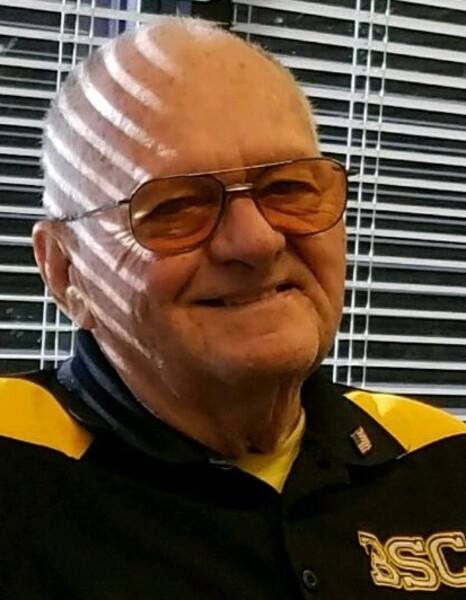