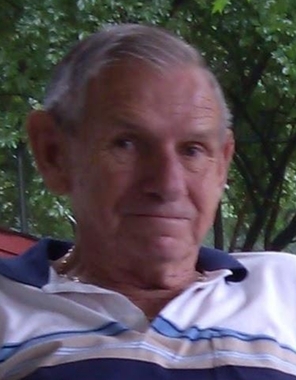 Mr. Everette Junior Patterson, 83 of the Dawnville Community, passed away Saturday, December 7, 2019 at Hamilton Medical Center.
Everette was preceded in death by his parents, Erskin and Lola Patterson; brothers, Virgle Patterson, Earl Patterson, and Ray Patterson; sisters, Lucy Jones, and Mamie Betterton.
Survivors include his loving wife Shirley Patterson of the Dawnville Community; sons and daughter-in-law, Eugene and Juanita Dill of Ringgold, Mike Patterson of Chatsworth; daughters and sons-in-law, Mary and Dewayne Tallent of Chatsworth, Pam and An Nguyen of Dalton, Maxine Patterson of Chatsworth; brother and sister-in-law, William and Jedessa Patterson of Chatsworth; sister, Peggy Flood of Eton; several grandchildren and several Great-grandchildren; extended family also survives.
Funeral services to celebrate the life of Mr. Patterson will be held Wednesday, December 11, 2019 at 12:00 with Rev. Keith Deal officiating. Interment will follow in United Memorial Gardens.
The family will receive friends at the funeral home Tuesday from 5:00 p.m. until 8:00 p.m.
Peeples Funeral Home & Crematory of Chatsworth is in charge of the arrangements for Mr. Everette Junior Patterson.
Published on December 8, 2019
To plant a tree in memory of Everette Junior Patterson, please visit Tribute Store.

Plant a tree in memory
of Everette

A place to share condolences and memories.
The guestbook expires on March 07, 2020.