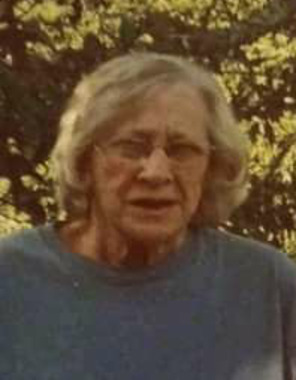 Back to Anna's story

Mrs. Anna M. Jeffers, age 74, of Chatsworth passed away on Wednesday, January 22, 2020, at her home.
She was a member of Lakeview Baptist Church and enjoyed fishing and spending time with her family.
She was preceded in death by her husband, Douglas R. Jeffers; father, George Cox, Sr.; mother, Martha Cox; brothers, Johnny Cox and George Cox, Jr.; and sister, Linda Evans.
Survivors include her daughter, Cheryl Morgan of Chatsworth; brothers and sister-in-law, Jerry Cox and Kenny and Dottie Cox - all of LaFollette, TN; sisters and brothers-in-law, Bonnie and Carl Douglas of Ringgold and Patsy and Roy Marlowe of Orlando, FL; grandchildren, Erica Williams of Dalton and Chad Duckett of Chatsworth; great-grandchildren, Logan Williams and Lena Ann Lamons; former husbands, Jesse Morgan, Jr. of Chatsworth and Ricky Duckett of Cisco; and several nieces, nephews, and cousins.
Funeral services for Mrs. Jeffers will be held at 6:00 pm on Saturday, January 25, 2020, in the chapel of Peeples Funeral Home with Rev. Kenny Cox and Rev. Randy McClure officiating. Mrs. Jeffers will be laid to rest at 1:00 pm on Sunday at Fairview Memorial Gardens in Norma, TN.
The family will receive friends at the funeral home on Saturday from 4:00 pm until the funeral hour at 6:00 pm.
Peeples Funeral Home & Crematory of Chatsworth is in charge of the arrangements.
Published on January 24, 2020
To plant a tree in memory of Anna Mae Jeffers, please visit Tribute Store.

Plant a tree in memory
of Anna

A place to share condolences and memories.
The guestbook expires on April 23, 2020.